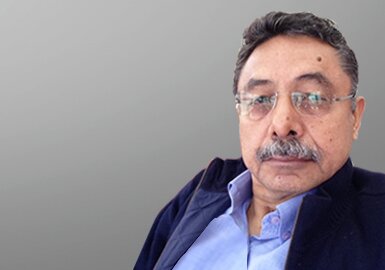 What you should know about the Nipah virus?

Nipah is an emerging zoonotic infection of serious public health concern in Asia including India. The virus is known to cause outbreaks which although have remained fairly localised in geographic distribution but cause severe disease and death.

Fruit bats of the genus Pteropus have been identified as natural reservoirs and asymptomatic carriers. The bats are migratory in nature which may explain the reasons for the spread of the virus to newer areas. Besides fruit bats, the Nipah virus is known to infect pigs, dogs, cats, horses and humans when they consume contaminated food or drink that has been infected by bat secretion (saliva, urine).
The human infection was first identified in 1998 during an outbreak of the disease in Kampung Sungai Nipah district of Malaysia. In that outbreak, more than 265 cases among pig farmers occurred including 105 deaths. The same year an outbreak was reported also in Singapore, although at a smaller scale.
In the Indian sub-continent, Nipah was first reported from Bangladesh in 2001 and thereafter the outbreaks have continued to be reported in that country. In India, Nipah outbreak occurred in Siliguri in 2001 and Nadia in 2007, both in West Bengal. While in Siliguri, there were 66 cases and 45 deaths, case fatality rate of 68%, there were 5 cases in Nadia and all succumbed to the disease. “In Siliguri, 33 health workers and hospital visitors became ill after exposure to patients hospitalized with Nipah virus”.
In May 2018, an outbreak was reported in the Kozhikode and Malappuram districts of Kerala. Fourteen deaths have been reported so far, including one healthcare worker, a 31-year old nurse who was caring for a patient with Nipah. While most cases seem to have acquired infection from human to human transmission, it will be interesting to ascertain how the index case or the first case in the outbreak got infected. The indications from Kerala are that the outbreak remains localized in the two districts.
The incubation period, the period between exposure and onset of disease symptoms, varies from 4-21 days. Once infected, people initially have flu-like symptoms consisting of fever, headaches, muscle pain, vomiting and sore throat. This can be followed by drowsiness, disorientation and mental confusion. “Encephalitis and seizures occur in severe cases, progressing to coma within 24–48 hours. Around half the symptomatic cases become fatal (case-fatality, 40–75%)”.
Over the years, the epidemiology of Nipah appears to have evolved. While the virus is transmitted to humans from animals, human-to-human transmission reported in recent outbreaks demonstrate a risk of transmission of the virus from infected patients to healthcare workers through contact with infected secretions, excretions, blood or tissues. Evidence of human to human transmission and a high case fatality are some of the alarming developments seen in Nipah outbreaks in India and Bangladesh.
There is no vaccine or specific treatment for Nipah virus. In the absence of an effective treatment, prevention remains the most critical aspect. As a preventive measure, those living in Kozikode area or others visiting the area of activity must take precautions and avoid contact with bats and fruits or anything that may have been contaminated with fruit bat urine or saliva. Those caring for patients with suspected or confirmed Nipah infection including healthcare workers and family members must follow universal or standard precautions and avoid contact with body fluids of the sick or deceased including laboratory specimens from them. Wearing gloves and protective equipment such as masks when taking care of ill people, and washing hands after visiting anyone sick are mandatory. Careful handling of the dead body is needed.
The team from the National Centre for Disease Control (NCDC) and other agencies are presently in the affected area in Kerala investigating the on-going outbreak and gathering real time data on the epidemiological and virological characteristics including the mode of transmission, the risk factors for disease and mortality, and genetic profile of the virus. This will form the evidence base for public health policy and action for now and the future.

(Dr Jai P Narain, MD, MS is presently Senior Visiting Fellow at the University of New South Wales, Sydney, Australia. He is also associated with Indian Institute of Health Management Research and with Indian Council of Medical Research. He has also worked as Technical Advisor at World Health Organization (WH0) and assisted various countries in planning, implementation and evaluation of HIV/AIDS, TB and neglected tropical diseases).