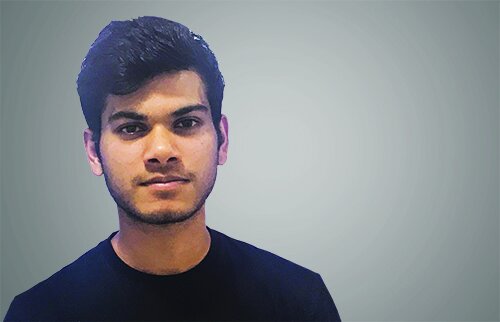 In March 2018, a false rumour about child kidnappers on the prowl circulated on WhatsApp which led to beating of ten people and claiming lives of five people in Bangalore. The circulating rumour claimed that kidnapping gangs have entered Bangalore with a personal anecdote to provide legitimacy to the news. Fake news is dangerous as it is spilling blood and claiming lives.

In April, Ministry of Information and Broadcasting (I&B) in an attempt to curb to the increasing instances of fake news in media released a circular announcing that the accreditation of a journalist could be permanently cancelled if the scribe is found generating or propagating fake news. In less than a day’s time, the circular was withdrawn.

The rapid spread of internet and social media users in India has also led to sheer vastness of misinformation and fake news. People instantly receive provocative messages on WhatsApp, Facebook and Twitter and assume them to be true, never thinking of questioning or checking the truth.

How social media is playing a pivotal role as an originator and distributer of Fake news:

With 250 million users in India, the instant messaging app is one of the most popular mediums for fake news perpetrators. It is also the generator of fake news as most of the rumours start from WhatsApp and then travel to other social media platforms.   WhatsApp groups have become a birthplace for all kinds of fake news ranging from politicians’ statements to potential earthquakes to morphed photographs to show riots, insult to religious symbols or deities can result in serious trouble. Considering the fact that WhatsApp is more accessible and user-friendly for the majority, the impact of a fake news item can be immense. End-to-end encryption makes it virtually impossible to screen or censor messages. Hasty and negligent forwarding of messages on WhatsApp groups without self-verification or without even googling it has been the root of this problem. One instance of the strength of WhatsApp rumours is that of a salt shortage which caused a violent stampeded outside the grocer’s shop; a woman was killed. WhatsApp is also playing an essential role in elections. During the Karnataka elections the messaging app was extensively used to spread false messages to provoke sectarian tensions, with no way to trace its origin.

With 270 million users in India, it is a tempting playground for rumour-mongers. Facebook’s reach is broader and more branched than WhatsApp in the sense that one can see posts by people outside their friend list. It is a preferred medium for celebrity defaming. One can access the feed in public groups unlike WhatsApp where groups are closed and limited. In an attempt to fight fake news, Facebook has strengthened its regulating body and is constantly screening and blocking fake news.

With 30 million users, Twitter is a relatively smaller and literate user base. It is less about local rumours and more about the big picture. What makes twitter dangerous is that Twitter comes out as a more legitimate source ofnews than other platforms. Trolling has become a major issue in Twitter. Fake news travels to Twitter and sometimes takes the form of a trolls to gather greater viewership. Women journalists particularly are facing the ire of Twitter trolls. According to an MIT study fake news is 70% more likely to be re-tweeted than legitimate news. This is understandable as generally fake news is more controversial or eye-catching. In the light of upcoming 2019 elections, Twitter will be undertaking a range of initiatives to curb fake news and prevent trolling. With the help of law enforcement agencies and regulators Twitter will detect, report and take down fake news.

The government has responded and has debunked fake news in the past but generally the response is late and inadequate. The I&B Ministry has failed to understand that fake news isn’t the work of an accredited journalist as much as it is a function of social media . The fake news is a problem only because we believe it and spread it with no rationality to fact check or simply question or verify the source.